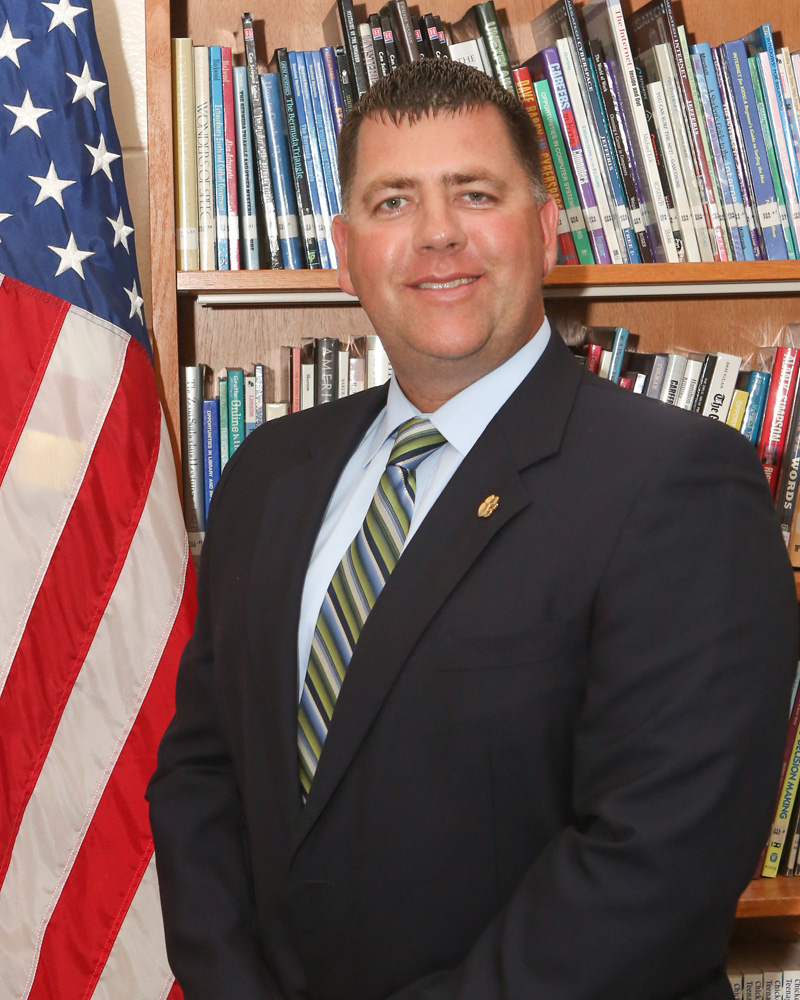 Mr. King was proudly selected to serve as the building principal of the Lacey Township High School in 2022.

Mr. King graduated from Lacey Township High School in 1992 and he went on to earn a Bachelor of Science Degree in Biology from Montclair State University in 1997.  After obtaining his teaching certificate from The Richard Stockton College in 1998 he began to teach Biology at Lacey Township High School. As a teacher the focus of his teaching was to make the content of his lessons applicable to the students lives.

Upon earning his graduate degree in Administration Leadership from New Jersey City University in 2004 he became a Dean of Students at Lacey High School in 2005.  Working with the high school administration as a dean of students provided him with an administrative foundation that allowed him to move on to the Assistant Principal position at the Lacey Township Middle School in 2006. In that position, Mr. King worked closely with the principal in implementing various academic and discipline programs to assist all students in reaching their academic goals.

As the building principal, it is Mr. King’s vision to create a technology-centered school where all learners can achieve their full academic potential.  With the help of his fellow administrators and staff he strives to create a safe school environment that focuses on team building and creating a positive student centered school climate built on mutual respect and collaborated effort.

Mr. King can be reached through the Lacey Township High School main office phone number (609) 971-2020 or by emailing him at: jking@laceyschools.org.